Hollywood needs the web, not the other way around….

1. They are in bed with media companies (NBC universal + Comcast proves it) – expect more of these mergers to come and prices to rise.   Expect caps on data before the price drops and availability rises of world standard, ubiquitous internet connections.

2. Their plan has been to keep broadplan slow to keep us from “stealing” their content (yes they are working on aligning with big content so it’s truly in their best interest) while they work on ways to secure said content.

3. They are spending millions and millions and millions of dollars on a war to stifle innovation instead of proper Research and Development, competition and product improvement.   The effect of this is driving away talented, brilliant immigrants from the USA and the “American Dream”

4. They don’t care about innovation nor their customers.   They do not want you to have choice in the market or in their product line up.  They want to limit your options and raise their premiums and profit margins.

5. We, as Americans are allowing companies to exist that under normal economic conditions should simply fade away and be replaced by companies that actually fuel consumer demand and are driven by it and thrive from it.  Too big to fail is killing us economically.

6. Google has 43 billion in the bank and with some proper gov’t subsidies has the power to break this trend and is perhaps our only hope.  Google Fiber is now in three US markets and hopefully more soon!  They will give you “big cable” quality internet for free (if you eat the install fee), $70 per month Internet (fastest you can get in North America) and a Internet + TV package for $120 per month.  Big Cable’s response to this?   “People don’t want fast Internet”.   Yes, we don’t want to pay $500 per month for faster Internet connections.

7. The FCC recently constructed a national broadplan plan which aims to have most US broadband connections upgraded to 100 mbps downstream. I don’t recall reading if there’s any inclusion of what upstream speed could be. A lot of places in the world now are on 160+ mbit bandwidth in 5-8 years they will easily be enjoying internet speeds that are 10 times what the US will being pushing for.   Japan just announced 2 gbps internet.   Vermont is serving up 1 gbps broadband internet for $35 per month.

Take it from someone who has tried about probably 8 different custom ROMs now (including giving stock a chance) and believe me when I say that this is the one to get — hands down. 2.) if you’re s-on you can actually still run it if you update the radio firmware with a flashable  zip – HOWEVER, you must also be on HBOOT 1.12 (you can check these versions from the recovery boot screen; turn off phone and hold vol down and power).

2a.) MAKE SURE YOU RESET GOOGLE WALLET before switching ROMS!!!

2b.) I also like to use Titanium Backup to backup my current apps / data so I can easily restore them when I move to a new custom ROM.

3.) Make sure factory reset before installing.

5.) Hug / donate to this developer for doing an amazing job.  link If you have any questions or concerns hit me up in the comments.

Download file which contains the .bat you need to run.

Once you’re done with the above (if root is still not working, please proceed ahead):

1.) Go to the folder where you extracted the fsdebug tool and type:

2.) Then using a program like ES File Explorer, browse to /sdcard on your TF Infinity and install the Superuser.apk file – it will ask you to replace it which you’ll want to do.

Voila – once it’s done go ahead and test root. To test I went to the market and downloaded and installed busybox.

Yes, this is from Fight Club. I am Jack’s complete lack of originality.

Oh Apple you are an amazing company /sarcasm.

When I think of greed I can think of nothing better than your logo.

You are like a financial glutton.   Vacuuming up all of the monies out of various economies and putting them all into your savings account.

Apple: making SURE it drains most if not all cash-flow out of your economy since 2012 So take that and multiply it by 117 and you’ll have an idea of what is sitting in the vaults at Apple Computer Inc.
Why are earth does a company need that amount of money?    Why are you hoarding all the wealth?

I really wish the government would do something useful and stop shit like this from happening… Wouldn’t be exactly if the media would grow some balls and draw some attention to important bullshit like this.

If there’s a “recession” going on, doesn’t it make sense to look at corporations who are outsourcing 90+ percent of their work force to a foreign country (yes I pulled that number right out of my ass)?

Can there be no gov’t incentive for these kinds of programs?

Instead this is how you chose to spend half it it?

EDIT 2:   Apple is also doing a stellar job at avoiding paying their share in tax on TOP of this issue.   Unbelievable….

This is probably what Apple’s International offices look like 😛 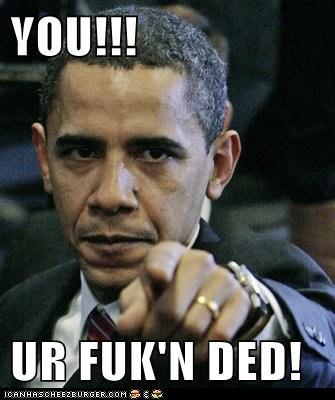